The Wall Street Journal published a great article yesterday about whiskey becoming popular in the United States. No longer an “old mans drink”, whiskey is becoming a popular commodity for Americans of all ages. Young professionals are buying whiskey at the bar, bringing bottles to parties, and some are even collecting bourbon whiskey bottles in homemade underground bunkers.

At BarUp we’re excited! Whiskey is good for the heart, it builds character, and it has that unforgettable taste. But we had no idea how popular it is becoming with younger people in America, because face it… when we were in college, not many kids slugged whiskey at parties.

We went to Canada a few weeks back, and on the way home we stopped at the duty free border shop. There we found heaps of Canadian whiskey at killer discounts with no tax - of course we stocked up. Since then, we’ve been really interested in the drink, because there are so many different types and there’s so much to learn.

For our users in Boston, we encourage getting into whiskey. It is now a young persons drink, and although we’re not experts, below are two local whiskeys we encourage all to try. Get after it, and start drinking the mans drink… 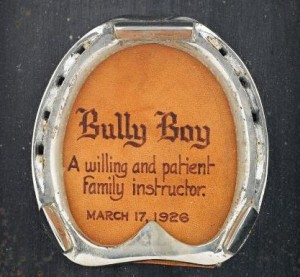 Bully Boy - A local small batch distillery, Bully Boy makes some of Boston’s best whiskey. What is most interesting about the company is their story. Bully Boy is sold all around Massachusetts, New Hampshire, and Rhode Island in liquor stores andbars. Give it a shot!

Tired of empty bars midweek? Download BarUp to find that one bar each weeknight. BarUp chooses Boston’s bar of the night, with drink specials and plenty of fun. Available for iOS and Droid.